Africa is a huge draw for wildlife enthusiasts. One of its gems is the Ngorongoro Conservation Area in Tanzania, a UNESCO World Heritage Site. At the heart of the 8,292 SQ, m-park is the remnant of an ancient volcano, the Ngorongoro Crater, said to be the largest intact volcanic caldera in the world. 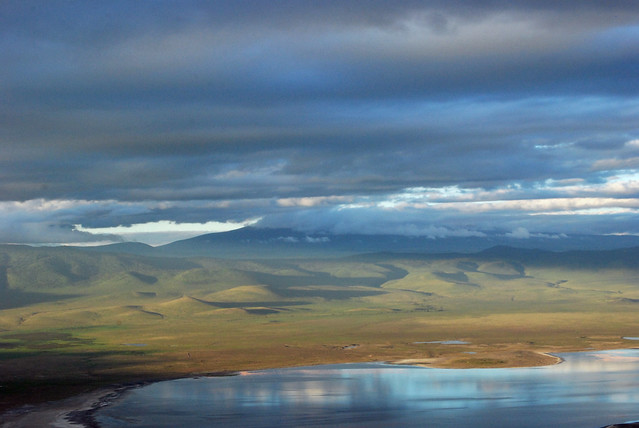 The crater itself is 610 m deep and 260 SQ m wide. The natural enclosure in a haven for a rich variety of wildlife- the endangered black rhino, giant tusked elephant, wildebeest, zebra, and gazelle. One can also find a number of crater lions- a sub-species that is largely inbred. Flocks of pink flamingo throng Lake Magadi at the center of the crater. Outside the crater, the grassland is home to cheetahs, lions, spotted hyenas and jackals.

Apart from the wildlife, archaeological research in the area has indicated evidence of early human evolution, including footprints of early hominids dating back, 3.6 million years. Tourists on safaris can visit Masai settlements in the conservation area- the tribal folk grazes their cattle in the crater, unmindful of the presence of the lions.

Kalyn is listening, do leave a reply here.. Cancel reply

This site uses Akismet to reduce spam. Learn how your comment data is processed.